During three days, researchers from all the Nordic countries will meet to present and discuss recent findings regarding social inequalities in aging. The full program can be found here.

The European Public Health Conference takes place in Stockholm during November 1-4. On Saturday November 4th, the SIA project has arranged a workshop entitled Social Inequalities in Ageing, arranged by Johan Fritzell and Neda Agahi, with the following presentations:

The ageing populations in the Nordic countries: mortality and longevity from 1990-2014
Terese Sara Høj Jørgensen – Denmark

Change and Stability: Trends in Health and Function Among the Oldest Old in Finland and Sweden
Stefan Fors – Sweden

The abstracts can be found here: https://ephconference.eu/documents/stockholm_2017/8.K.pdf

In late July (23-27), more than 6 000 participants from all corners of the world gathered in San Francisco for the 21st world congress of the International Association of Gerontology and Geriatrics, making it the biggest international meeting on aging research ever. Several SIA researchers from all Nordic countries attended the meeting, gave presentations, chaired symposiums, and attended network meetings. One symposium was specifically arranged under the SIA brand: Trends in Longevity, Health, and Functioning Among Very Old People – The Nordic Case (Chaired by Marja Jylhä and Stefan Fors). The symposium included presentations on demographic trends, health trends, health inequalities, and end-of-life care in the Nordic countries as well as a discussion with the audience. 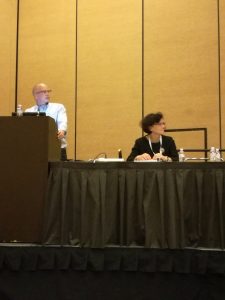 The third Transforming care conference was held in Milan in June 2017 with participation of more than 100 delegates, and quite a number of participants from the SIA project. The conference had a focus on innovation and sustainability in care policies and practices, for children, older people and people with disability. Keynote speakers were Professor August Österle, Professor Chiara Saraceno, and – from the SIA project – Professor Anneli Anttonen. The conference included also the following thematic panels: Care policy and institutional setting, Innovation and trade-offs in care services, Intergenerational care arrangements and informal care, Care work and changing care arrangements, Care policy in different care regimes. Find more information about the conference and the papers presented here, http://www.transforming-care.net/  Also note that the 4th Transforming care conference will be held in Copenhagen in June 24-26, 2019. The conference series is organized by Professor Costanzo Ranzi and Professor Tine Rostgaard.

The first SIA workshop for junior researchers was organized May 22-23 in Stockholm, at the Aging Research Center. Thirteen doctoral students and postdocs from three Nordic countries participated. In addition to providing the opportunity to get to know junior researchers working within the SIA-project*, the workshop aimed to give junior researchers a chance to present and receive feedback on their work, and comment on other PhD students’ papers. For example, the SIA junior researchers presented papers on intergenerational social inequality in physical function and mortality; geographical and socioeconomic inequality in preventable hospitalizations in Denmark, Finland, and Sweden; and, the association between prolonged working life and physical functioning in old age.

The first day started with a presentation of the SIA-project (Johan Fritzell), a talk about inequity in health care by Professor Bo Burström, followed by six presentations by the junior researchers. The day ended with a dinner.

On day two, the presentations and discussions by the junior researchers continued and we also had the opportunity to hear Professor Marja Jylhä talk about the promises and challenges of multidisciplinary research. The workshop closed with a feedback discussion and ideas for the future. The participants were very satisfied with the workshop, and we all agreed that it should continue. The next SIA workshop is scheduled to be held in autumn 2018. 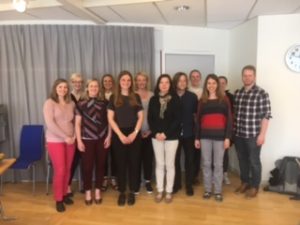 Researchers from the SIA-project presented their research at a symposium during the sixth annual conference of the Society for Longitudinal and Life-course Studies (SLLS) in Bamberg, Germany, October 5-8, 2016

23rd Nordic Congress of Gerontology (NKG) will be held June 19-22 in Tampere, Finland.
Researchers from Social Inequalities in Ageing will present their research during a symposium and with posters.

Symposium at the NKG Conferance

Socioeconomic differences in mobility impairment and psychological distress over the life course – do inequalities increase or level out?
Neda Agahi, Stefan Fors and Benjamin Shaw

The next SIA steering group meeting will also take place in Tampere during the conferance on June 20.

The SIA-project officially starts July 1st, 2015, according to the main contract with NordForsk.
http://ki-su-arc.se/agreement-on-29-msek-to-sia-project-signed/

Kick-off for the health and welfare programme, October 22, 2015